Battle of the Worlds 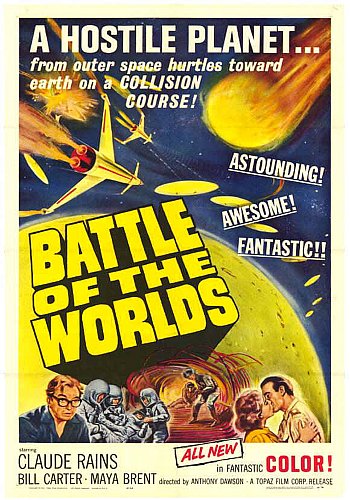 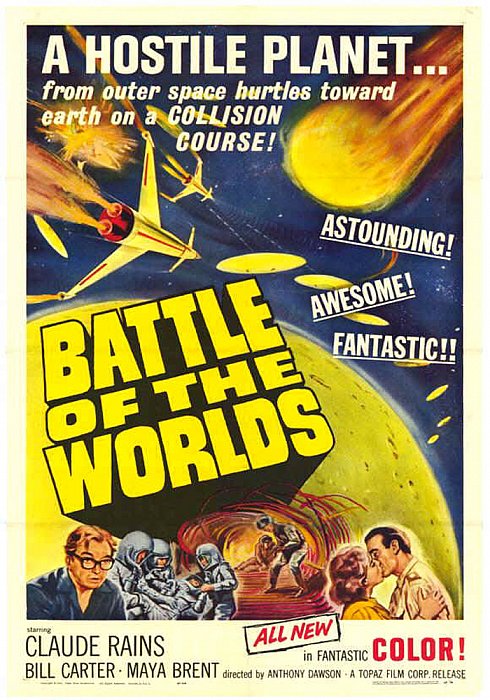 A hostile planet from outer space hurtles toward Earth on a collision course!

A stray planet, on a collision course with Earth, instead slows and takes orbit around our blue marble. An offbeat scientist, Professor Benson (Claude Rains), works around the clock with his team of scientists to try to save the Earth from an imminent crash into the new planet. After careful examination - and a few near-fatal accidents in space - what seems like a dead planet suddenly launches a fleet of flying attack saucers.

Professor Benson and his team, along with the space fleet, must figure out how to destroy the invaders. In the end, the frustrated professor is forced to weigh the sacrifices that are required to save the citizens of Earth from certain doom. Also known as IL PLANETA DEGIL UOMINI SPENTI and THE PLANET OF EXTINCT MEN.