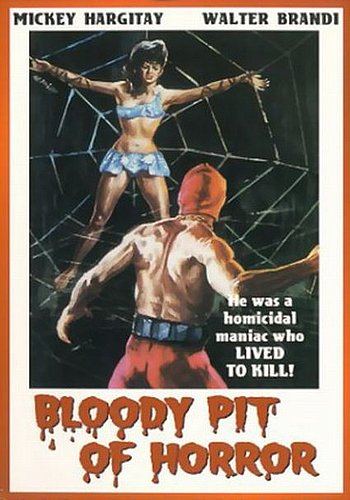 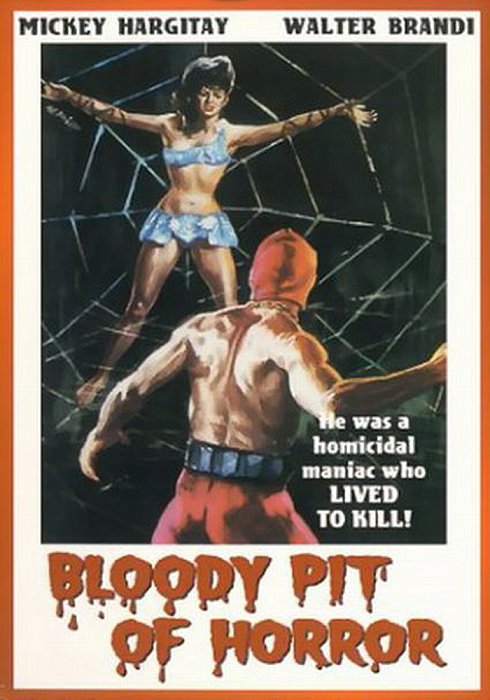 Bloody Pit of Horror also known as IL BOLA SCARLATTO  and THE RED EXECUTIONER  is a Italian-American gothic horror film. The film, set in Italy, stars Mickey Hargitay, Walter Brandi, Luisa Baratto, and Rita Klein, and tells the story of a group of women modelling for a photo shoot, when the owner of the castle becomes the Crimson Executioner, bent on their deaths.

Seeking a gothic background for a horror photo shoot, five sexy cover girls and a handful of photographers break into what they assume is an uninhabited castle and are soon taking a series of macabre stills in its dungeon.  But–surprise!–residing in the castle is demented actor Travis Anderson (Mickey Hargitay) who thinks he's the reincarnation of The Crimson Executioner, a 17th century madman whose body is entombed in the castle's iron maiden.

When Travis recognizes one of the models as his former fiancee, his already unhinged mind completely snaps.  He gleefully subjects the trespassers to a variety of bizarre and elaborately-conceived tortures: "The Crimson Executioner cries out for blood!"