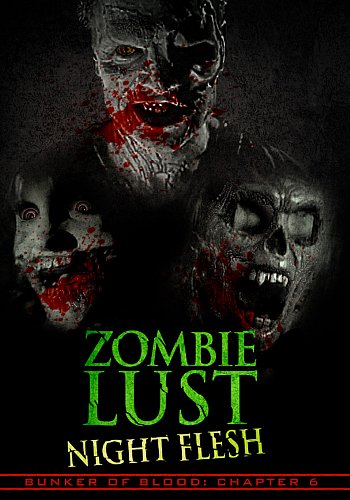 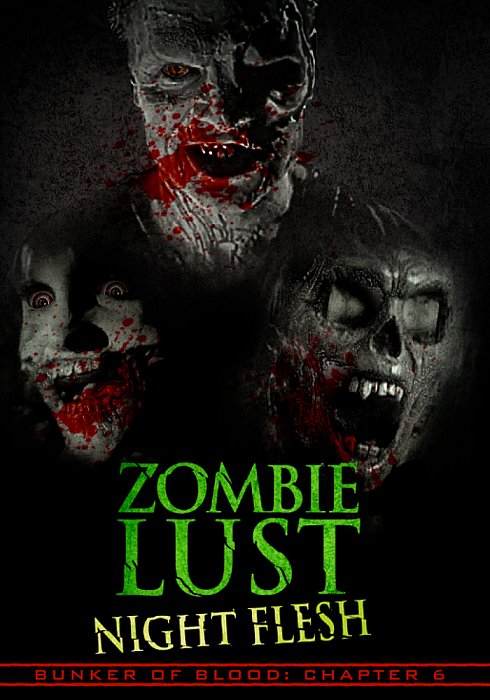 In ZOMBIE LUST: NIGHT FLESH, we follow The Gore Collector, Molly, and Tape Head as they make their way to the "Desert of Despair" to finally confront the dreaded "Circle of Psycho Surgeons". Deep within the Psycho Surgeons' ruined lair, the trio find themselves in the very same horror hospital that The Gore Collector previously escaped from...but they're not alone! Under the crimson glow of the blood-red desert moon, flesh-eating creatures that now inhabit the structure crawl out, intent on satisfying their unholy urges. Will our heroes escape? SHOULD they escape?

ZOMBIE LUST: NIGHT FLESH features a brain-boiling battery of clips from cannibal-corpse soaked Full Moon classics like  ZOMBIES VS STRIPPERS, THE DEAD WANT WOMEN, PRISON OF THE DEAD, VENGEANCE OF THE DEAD, DEAD MAN'S HAND and TRANCERS and is framed by an all new "motion comic" animated story-line.

It's the ultimate cool ghoul splatter party and YOU'RE invited! Dig in if you dare!