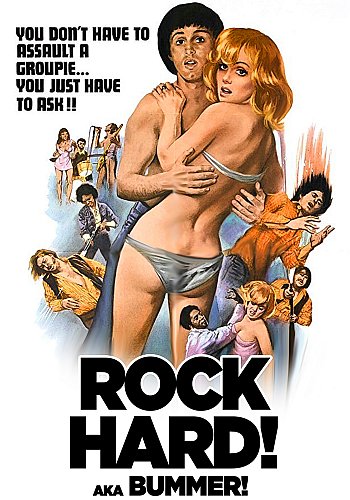 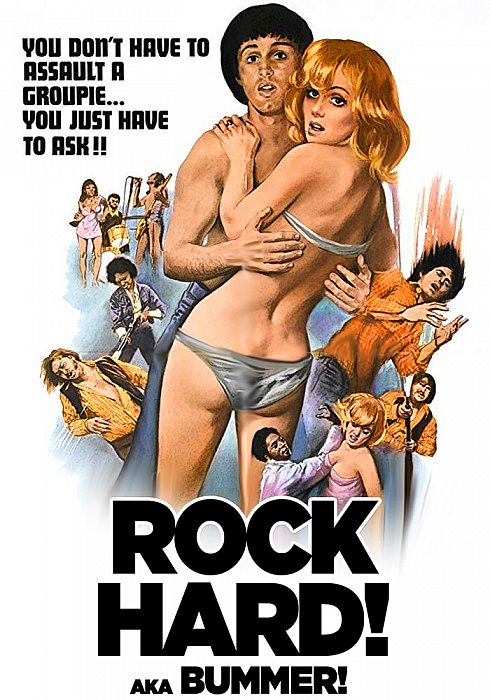 This film looks and plays just like what it's really about -- the death rattle of the 1960's. "Peace and love" and "we shall overcome" have been replaced by the unspoken 70's slogans of "Let's get stoned, rape some bitches, and kill somebody!"

A couple of hip, hot to trot, black and white chicks, CAROL SPEED (Abby, Disco Godfather) and DIANE LEE HART, hit the Sunset Strip scene ready to party. The Doors and Iron Butterfly are long gone, but what's left is "The Group," headed by KIPP WHITMAN (the younger brother of Stuart). Bad little blonde CONNIE STRICKLAND is a rich bitch, already balling one of the band members. These three hot mamas team up and head for The Fat Cat where they strip and strut their stuff.

Everybody eventually confronts fat boy, the pigs show up with sirens blazing, and the whole deal turns into one Big Screaming Bummer!... with a double shock ending, of course.

Produced by DAVID F. FRIEDMAN. Watch for a young, cigar-smoking Dave in a cowboy hat as a police lieutenant, along with fellow skin-maven BOB CRESSE as a sergeant, in the film's finale. Photographed by GARY "I worked for Orson Welles!" GRAVER.

Aka: Bummer, The Sadist