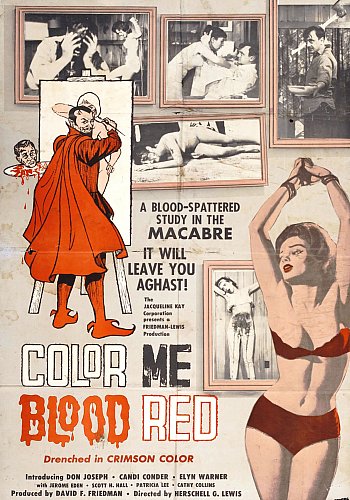 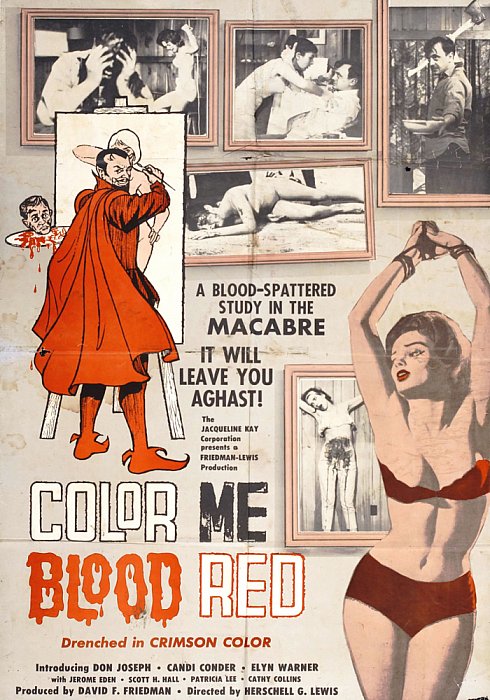 A blood-splattered study in the macabre! A witty mix of dark humor and gory horror!

When his girlfriend, Gigi, cuts her finger on a frame, maniacal artist Adam Sorg discovers a new shade of crimson that will make his artwork so special - human blood!

He stabs her in the head and smears her face on a canvas and - voila - a macabre masterpiece is created. His bloody new painting causes a sensation on the local art scene, a crazed Adam continues creating sanguine specialties by extracting art supplies from victims outside his beach house. It all goes bad, however, when he zeros in on April (Candi Conder) whose scarlet pugment he plans to remove with an axe...