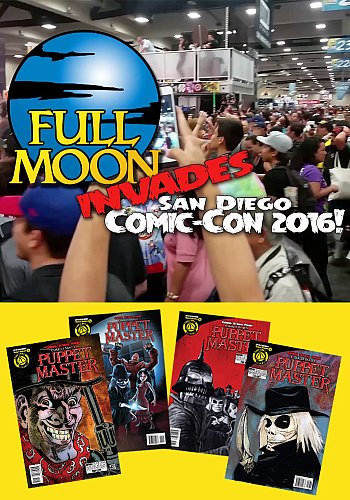 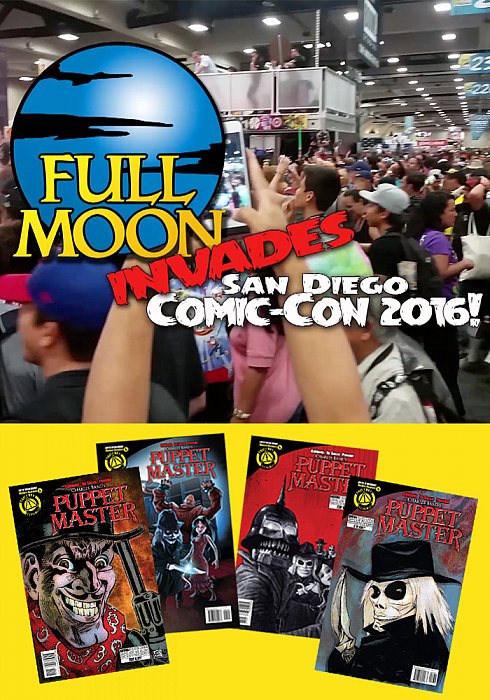 In this special edition of the Vidcast, Charles Band gives you the full tour of the Full Moon booth #4022 at SDCC. Plus, check out  the surrounding madness of the crowd and the international spectacle that is San Diego Comic Con 2016. Check out that amazing Blade cosplay! This year, we featured comic books from Action Labs, resin statues of Ghoulies and Jack Attack, in addition to our films and replicas. Featuring a cameo by Robin Sydney, who made an appearance at the booth and signed merchandise for the fans alongside Charles Band.