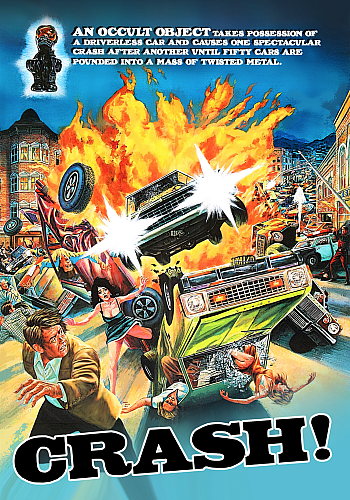 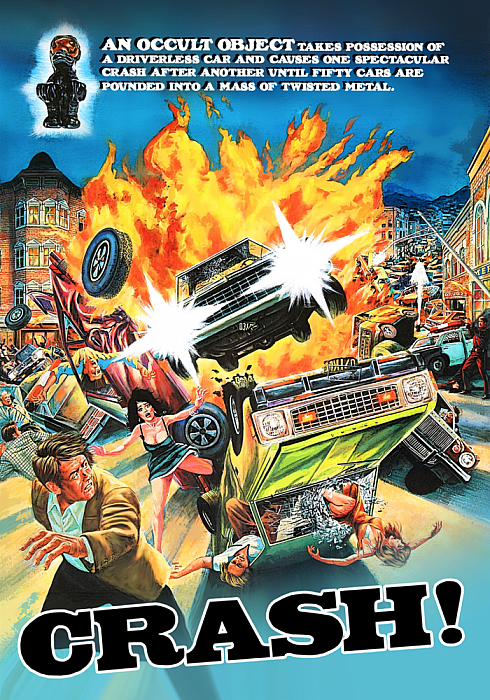 It's 1977 and Charles Band has produced and directed one of his first films. After all these years, FullMoonStreaming.com is unleashing a World Premiere of the new widescreen version, PLUS commentary by producer/director Charles Band himself and joined by veteran filmmaker (and uber-fan of CRASH!) David DeCoteau. This film is incredibly rare, never released on DVD in the US, almost impossible to find on VHS, seen primarily in grindhouses and on bootlegs. According to Empire of the B's, "since Crash! is very hard to track down... even Band completists should scratch it from their wish list." Friday Oct 10th is your first chance to see it like this and hear the tales from the set!

What dark powers possess the mysterious trinket?
When his patient Kim is nearly killed in a motor accident, Dr. Martin decides to investigate.
His only clue is a strange trinket which Kim has clutched since her crash. An occult expert tells him it is Akasa – a Hittite God of revenge and destruction.
Meanwhile Kim’s car, apparently unmanned, rampages the roads causing carnage and disaster…