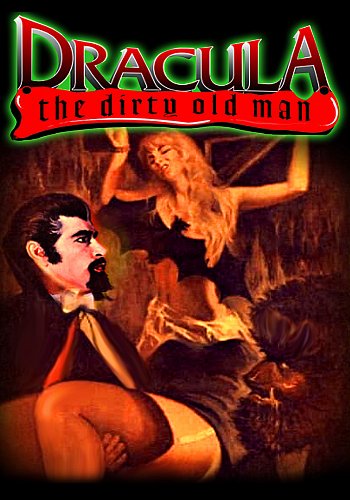 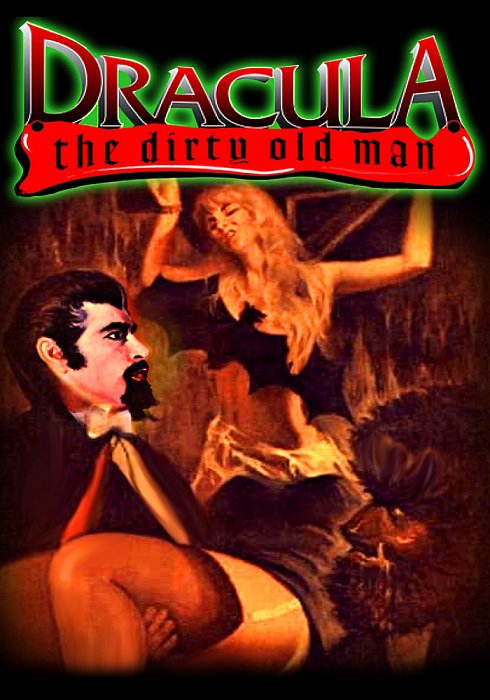 In the caves of an abandoned mine, Mike Waters is looking for "Mr. Alucard." Instead, he finds a Count Dracula with a Jewish accent: "I'm Count Dracula which is Alucard backwards. So you can call me Allie."

Wearing a hairpiece that resembles a dead skunk, Dracula hypnotizes Mike: "I want for you to go out and get me, every night, a different girl. You like to do that for me, hmmmm? You'll have fun! What's left over, I give you. I'm going to make you a jackalman. Irving Jackalman. That's what I'm gonna call you from now on."

Mike then turns into a mangy wolfman. Pardon me, a jackalman. (The makeup looks like the same goofy mask and three-fingered claws used in the 1967 monsters-loose-in-Las-Vegas epic, The Mummy and the Curse of the Jackal). Growing a big snout that makes him look like a giant rodent, "Irving" immediately starts attacking women who are just as immediately transported back to Dracula's cave. There, Drac strips 'em naked, ties 'em to a rack, and bites them on the boob -- "I'm gonna give you a kiss like you wouldn't believe. Right here in your good place!" -- leaving two bloody bite marks right above the nipple...

As becomes quickly apparent, Dracula (the dirty old man) is really two films in one. Visually, it's a crude but nevertheless seemingly serious and straightforward sex horror film that even occasionally detours into Rollin-like territory with its slam-fisted imagery of nude women bound and bitten on the breasts by bats (minus, of course, Rollin's style, wit, or sense of poetry). The soundtrack, however, is something else entirely. A la Woody Allen's What's Up Tiger Lily? (1966), the original dialogue has been discarded (assuming it was even recorded; this could just as easily have been shot silent) and replaced with idiotic "comic" narration that often sounds like the narrator is making things up as he goes along. A couple of times he even cracks up at his own jokes.

But even the narrator doesn't know what to do with one bludgeoning sick sequence where the dumb-looking werejackal jumps atop a nude woman and rapes her into unconsciousness. While continuing to hump away, the woman eventually comes to and starts to struggle, so the big bad wolf kills her by bloodily biting her in the throat... then continues to happily screw the corpse.