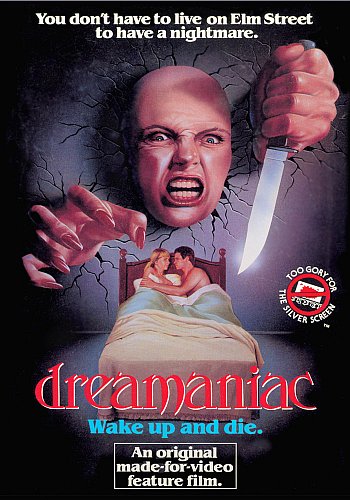 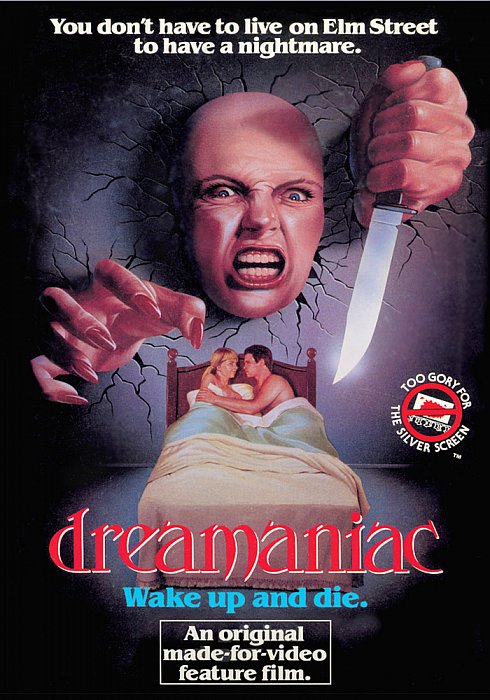 In the sleep-stirring tradition of PHANTASM and A NIGHTMARE ON ELM STREET, DREAMANIAC introduces Lily, a deadly leading lady who makes Freddy look like a bargain basement boogeyman! Adam is a heavy metal rocker and part-time Satanist. When Lily enters his dreams, he uses black magic to summon her into reality.

Too late. Adam learns that Lily is a succubus, a demon seductress who makes love to men and murders them – though not necessarily in that order! When she crashes Adam's sister's sorority bash, the blood flows and the body count rises. But Adam, entranced by her power, soon faces a tough decision. Will he break free to save his sister and her girlfriend – or will he experience the ultimate sensation of loving Lily...?