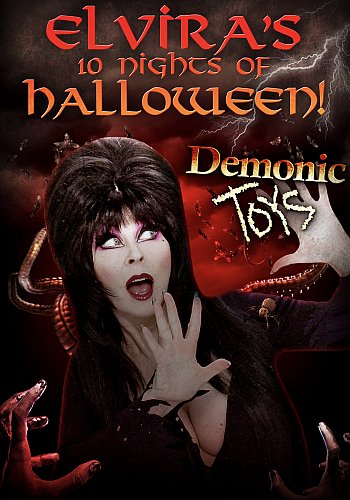 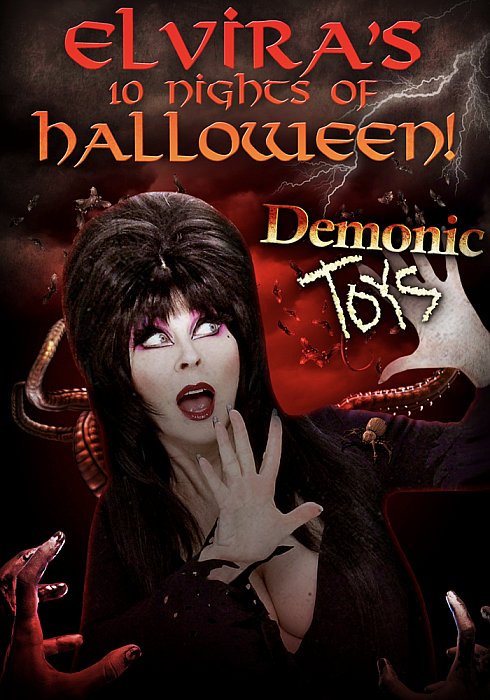 And the following weeks will bring you 7 more films hosted by the Mistress of the Dark. We're throwing the ultimate party by pairing two names synonymous with outrageous horror films together in one thrilling, 10-part series as legendary horror hostess Elvira joins forces with immortal mad movie mogul Charles Band and his celebrated Full Moon Features imprint for their spooky, silly and sexy "ELVIRA'S 10 NIGHTS OF HALLOWEEN"!

They're cute and cuddly by day, lethal demons by night. Ruthless killing machines come alive for just one purpose...death. And for five adults in an abandoned warehouse, every child's worst nightmare has become a deadly reality...

While on a stakeout, Judith Gray (Tracy Scoggins), a beautiful, tough cop, is trapped inside a warehouse full of toys. But these are no ordinary playthings – they have been awakened to murderous life by a strange child of darkness, "The Kid" (Daniel Cerny).

Each toy feeds on blood: Jack Attack heads straight for the throat, Grizzly Teddy is not afraid to show its claws, and Baby Oopsie Daisy is truly to die for. Now it's up to Gray and a passing delivery boy, Mark Wayne (Bentley Mitchum), to stop the deadly, DEMONIC TOYS!