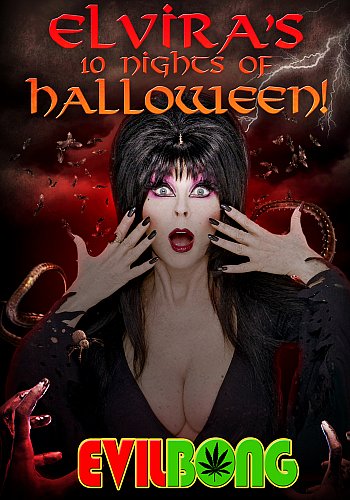 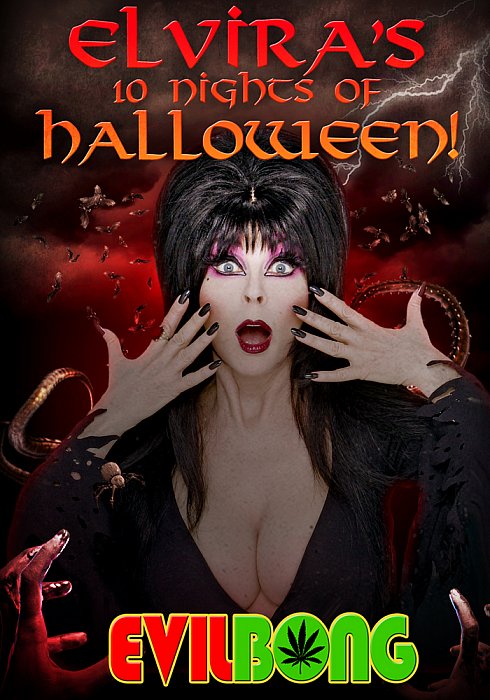 FullMoonStreaming kicks off the Halloween season with Elvira hosting CANNIBAL WOMEN IN THE AVOCADO JUNGLE OF DEATH!

And the following weeks will bring you 7 more films hosted by the Mistress of the Dark. We're throwing the ultimate party by pairing two names synonymous with outrageous horror films together in one thrilling, 10-part series as legendary horror hostess Elvira joins forces with immortal mad movie mogul Charles Band and his celebrated Full Moon Features imprint for their spooky, silly and sexy "ELVIRA'S 10 NIGHTS OF HALLOWEEN"!

Meet EEBEE, a vintage bong with the mysterious power to make all your fantasies come true.

Hypnotized by EEBEE's seductive feminine appearance, college nerd ALISTAIR McDOWELL and his stoner roommates take a toke and EEBEE takes them on a wild trip to her Bong World, where they are seduced by exotic strippers with deadly powers.

They should have read the fine print: Potheads beware; you might enjoy this trip so much you'll die in ecstasy! As Alistair and his friends look for a way to escape the Bong World before it's too late, their one chance at survival might rest in the hands of JIMBO LEARY (Tommy Chong), Eebee's original owner, here to destroy her for good...