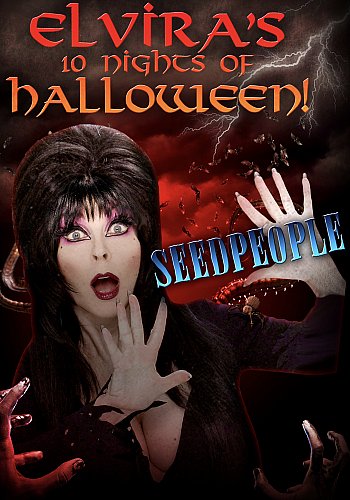 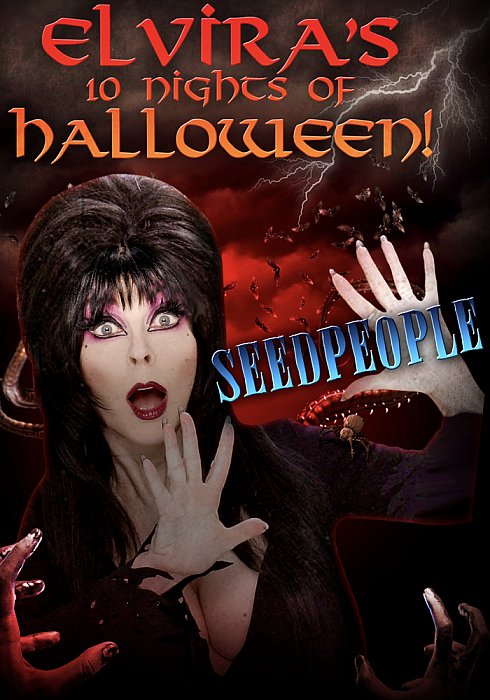 FullMoonStreaming kicks off the Halloween season with Elvira hosting SEEDPEOPLE!

And the following weeks will bring you 3 more films hosted by the Mistress of the Dark. We're throwing the ultimate party by pairing two names synonymous with outrageous horror films together in one thrilling, 10-part series as legendary horror hostess Elvira joins forces with immortal mad movie mogul Charles Band and his celebrated Full Moon Features imprint for their spooky, silly and sexy "ELVIRA'S 10 NIGHTS OF HALLOWEEN"!

The ROOT of all evil!

The sleepy little town of Comet Valley has been invaded by plants from outer space. Intent on taking over the Earth, the space plants have found a way to pollinate humans, thus turning them into walking seed carriers. Can the resourceful residents fight off the alien invaders, or is the planet doomed to become an alien garden?