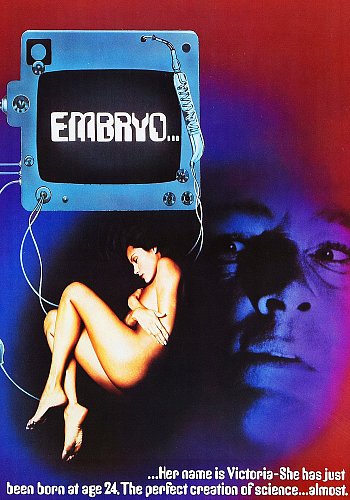 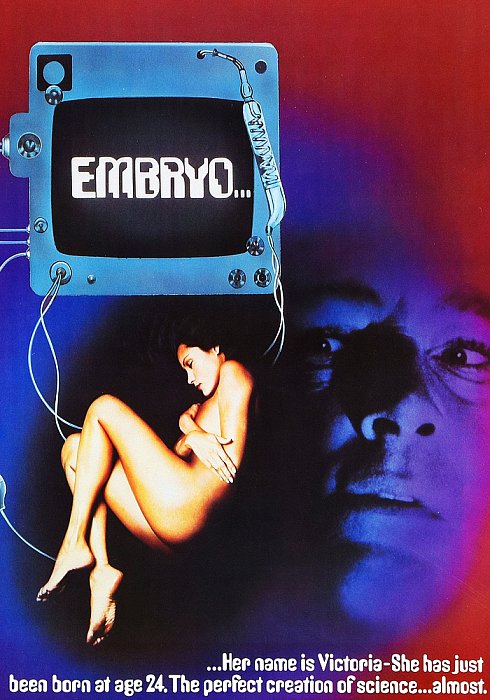 Embryo is a 1976 science fiction horror film directed by Ralph Nelson and starring Rock Hudson alongside Barbara Carrera, with a cameo appearance by Roddy McDowall. It deals with the mental and physical consequences of growing a human embryo in an artificial uterus.

When a pregnant mother is involved in a horrific car accident, she survives long enough to be taken to a hospital where her underdeveloped fetus is retrieved and placed into an artificial womb.  Dr. Holliston, a scientist experimenting with human fetuses in the Dr. Frankenstein mode, accelerates the growth rate of the female fetus and causes it to grow to full adulthood within a matter of weeks.  Dr. Holliston must now deal with a near-genius beautiful woman who he falls in love with, gets pregnant, and watches as she turns into a homicidal psycho killer.