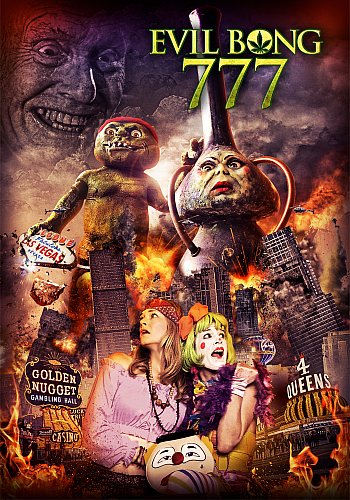 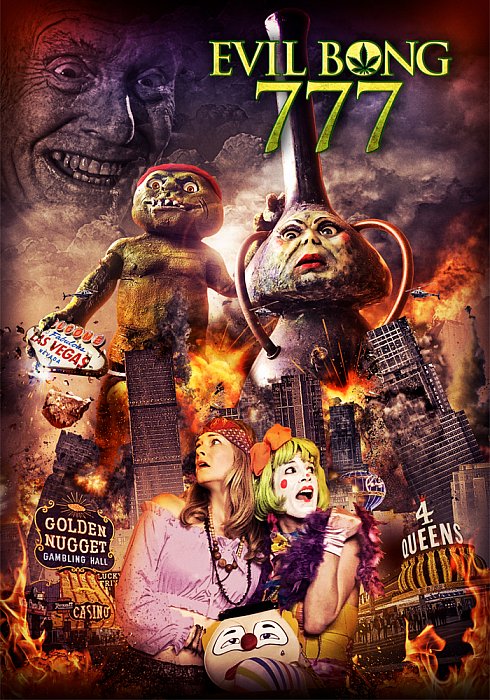 GET RIPPED ON THE STRIP 'CUZ THE BONG IS BACK!

For this latest madcap adventure, Band has dragged his merry band of misfits to Sin City itself and the strip will never be the same! EVIL BONG 777 begins where EVIL BONG 666 left off, with Eebee now out of "Sexy Hell" and heading to Las Vegas with danger on her tail. She's joined by her whack pack of fabulous freaks - Faux Batty (Robin Sydney), Rabbit (Sonny Carl Davis), Misty (Jessica Morris) and The Gingerweed Man - and together the troupe gets into all manner of smutty, skunky, surreal and sex-soaked misadventure, including an encounter with a pompadour-sporting porno puppet stud named "Hellvis".

Can Vegas handle this gaggle of ganja-fied goons? Find out in EVIL BONG 777!