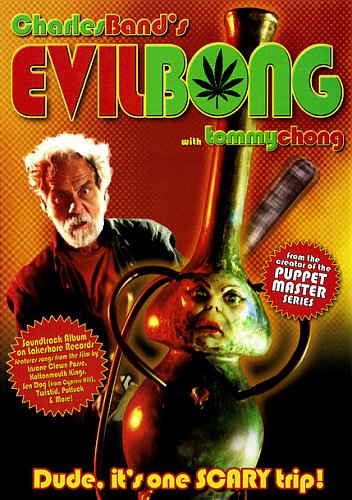 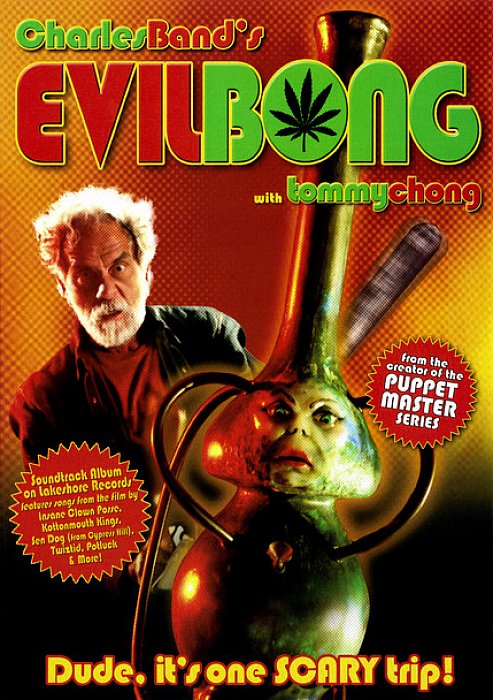 Meet EEBEE, a vintage bong with the mysterious power to grant truly killer highs! Hypnotized by EEBEE, college nerd ALISTAIR McDOWELL (David Weidoff) and his stoner roommates – including LUANN (Robin Sydney) and JANET (Kristyn Green) – take a toke and EEBEE sends them on a wild trip to her Bong World. There they encounter Eebee in her full evil glory, sexy but deadly dancers, and a veritable Full Moon smorgasborg of guest stars, including Tim Thomerson (TRANCERS), Bill Moseley (THE DEVIL'S REJECTS), Phil Fondacaro (DECADENT EVIL), Ooga Booga from DOLL GRAVEYARD and even the GINGERDEAD MAN himself!

Alistair and his buddies should have read the fine print that came with the Evil Bong: potheads beware, you might enjoy this trip so much you'll die of ecstasy! As Alistair and his friends look for a way to escape the Bong World before it's too late, their one chance at survival might rest in the hands of JIMBO LEARY (Tommy Chong), Eebee’s original owner, here to destroy her for good!