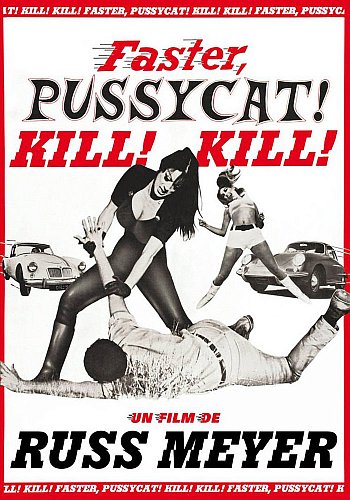 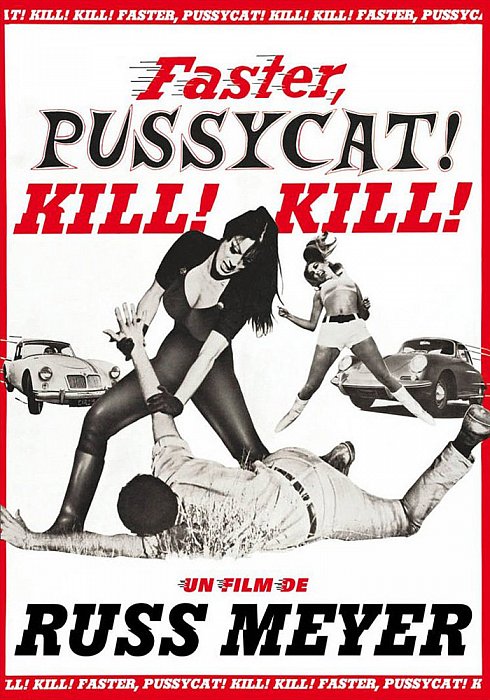 Faster Pussycat, Kill! Kill! is the story of a new breed of superwomen...three buxom go-go girls: Varla, Rosie, and Billie, wildly dancing the watusi before the leers, jeers and lecherous come-ons of their drooling all-male audience. The violence, implicit in the girls' tease, is quickly moved out of the microcosmic bar into the outside world as they literally let go of themselves, embarking on a wild, violent, deadly journey of vengeance on all men. V

arla, the outrageously abundant karate master leader of the pack, breaks the arms and back of one man, runs her Porsche over two others, grinds a fourth, a muscleman, against a wall and, eventually, deliberately goes down the path of her own self-destruction, dragging her two buxotic cohorts along with her.

The movie is known for its violence, provocative gender roles, and its eminently quotable dialogue.