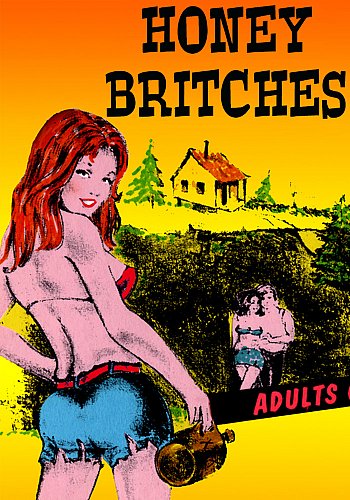 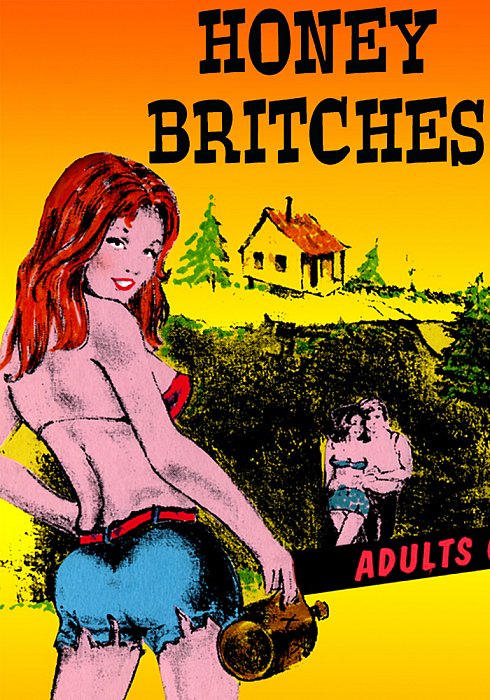 Originally released as Shantytown Honeymoon, it did well enough for Donn to re-release it under four more titles: Honey Britches (the title on this print), Honey Pie, Hillbilly Hooker, and (incredibly) Little Whorehouse on the Prairie!

"Harlot! Woman o' evil! You shall be punished for your whorin' ways!" screams big ol Harlon (GEORGE ELLIS) to the sexy black hooker he's selling his moonshine to (!) in the opening few minutes of Honey Britches, one of our favorite redneck movies from one of our favorite drive-in hucksters, ex-Spook-Show magician DONN DAVISON. Shot in Alpharetta, Georgia, Honey Britches was Donn's follow-up to his earlier Moonshiner's Woman (1968), and though Honey Britches has a bigger budget and sports a much slicker technical polish, none of that gets in the way of the hillbilly bliss achieved by watching some of the dumbest characters on the face of the earth run around killing each other.