Horror of the Zombies 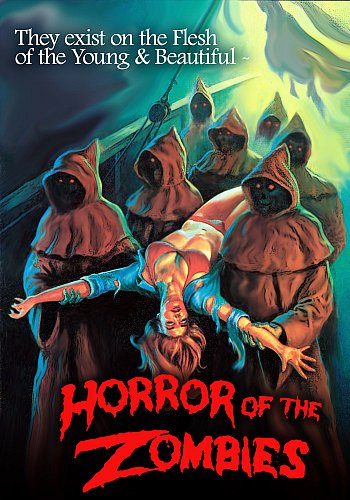 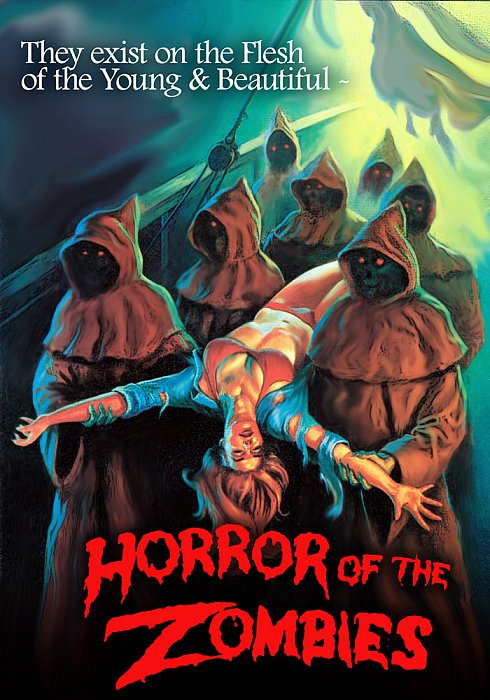 Horror of the Zombies tells the story of a boatload of stranded swimsuit models who discover a mysterious ghost ship that carries the coffins of the satanic Templar, eyeless zombies who hunt humans by sound.

A pair of swimsuit models are out in a boat to stage a publicity stunt by appearing to be stranded. They discover a mysterious galleon shrouded in mist and board it. When contact is lost, the wealthy and unscrupulous businessman who sent them out decides to mount his own rescue mission and abducts one of the models' friends. The abducted girl makes an unsuccessful escape attempt. The businessman and his secretary recruit an eccentric scholar to assist them in their search for the missing models and their boat.

The phantom galleon carries the coffins of the Knights Templar, eyeless mummies who hunt humans by sound. The two models are killed before the rescue party arrives. The rescue party also board the galleon, then discover their ship has vanished. The abducted girl is captured and dragged into the depths of the ship to be dismembered and eaten, while the rest of the group is locked in an unnatural sleep. The survivors struggle to repel and combat the spectral knights with what little knowledge they have of them