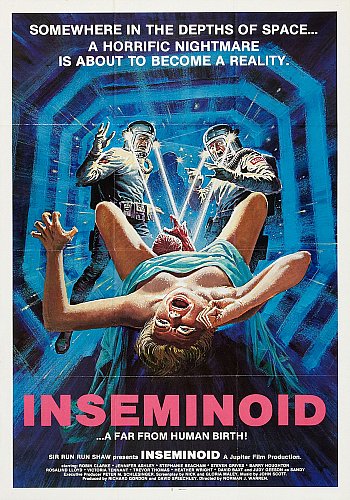 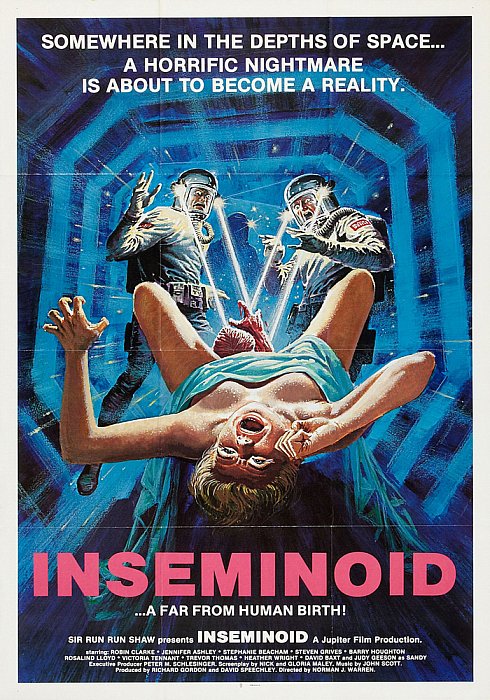 In the vein of GALAXY OF TERROR comes INSEMINOID, released as "Horror Planet" in the United States, tells the story of a six man, six woman planetary exploration team investigating possible origins of a remote, desolate planet's apparently long-vanished civilization - so far, however, nothing has been found but a silent, lifeless world.

Or so it seems. Unbeknownst to the explorers, a strange alien creature has been waiting patiently in stasis for millions of years, biding its time until conditions are suitable to breed...and its time has finally come. When the creature is accidentally awakened, it viciously assaults one of the crew members, and the horror that follows is more terrifying than anyone's worst nightmare...

Especially for one unfortunate crew member with more than her own life to fear.