Invasion of the Bee Girls 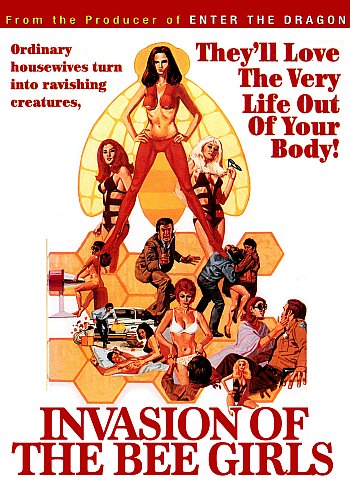 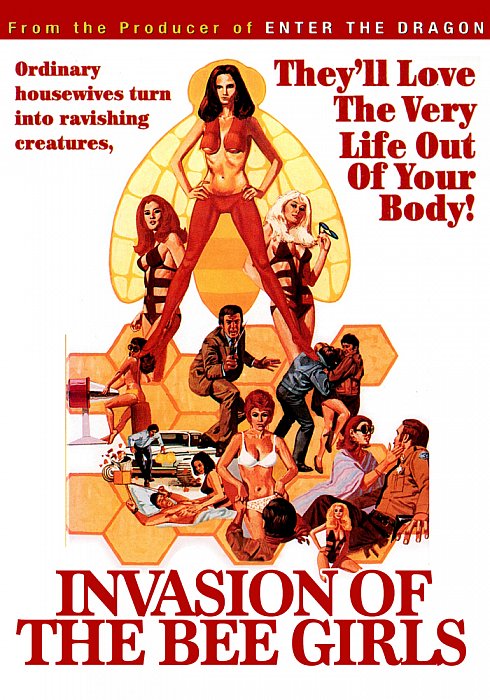 It is 1974.  Women are uniting under a feminist flag in support of a sexual uprising that men are losing.  Where would a man find the answers to the bra-burning questions of the day?  He'd go to the movies and see INVASION OF THE BEE GIRLS - an anti-feminist tract that takes on the private world of women, and exposes it for what it is: A terrible plot to take over the world!

The bodies are piling up in Pelham, California, as a number of mysterious male deaths go unaccounted for.  The symptoms seem to be heart attacks brought on by strenuous sexual activity -- but how ... and why?  Special State Investigator, Neila Agar (William Smith) is sent to find out, and soon finds himself caught up in a mysterious plot at the Brandt Research Center.

What is the secret that lies at the heart of Dr. Susan Harris's strange laboratory?  Why are the women around her so devoted to her strange experiments?  And where can a man find love without risking his life?  To Bee or not to Bee - that is the question!

A semi-sequel to the movie, the play "Beyond the Invasion of the Bee Girls" was produced by House of Dames in 1998 in Seattle, Washington.