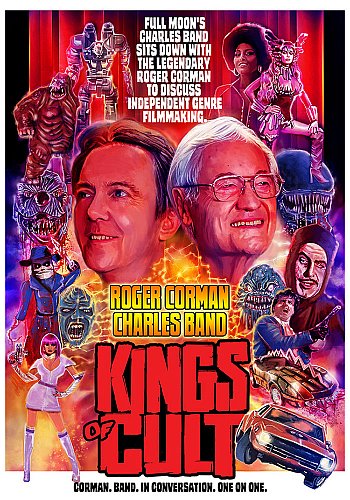 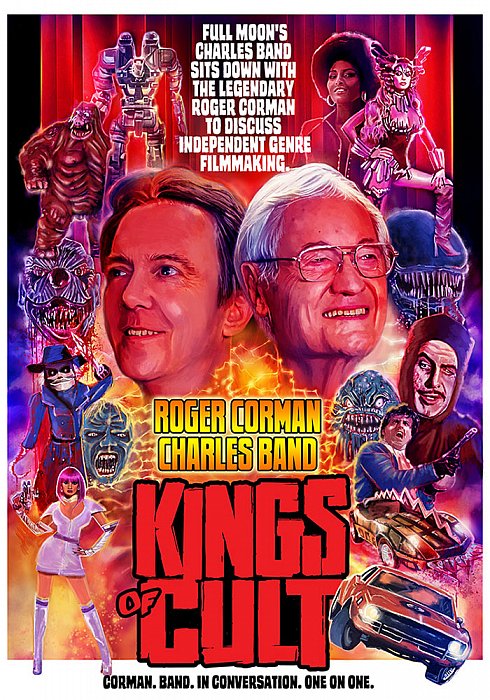 Monsters, Maidens and Mad Puppets. Roger Corman, the King of cult cinema. Charlie Band, the Prince of the B-movie.

Join veteran genre filmmakers Roger Corman and Charles Band as they take you through their long and storied careers working on such films as Eat My Dust, Puppetmaster, Sharktopus, Re-Animator, and many more. This truly unique look at exploitation cinema from the perspective two of its top contributors is a must-see for anyone looking to go a little deeper into the movies they love.

Two mavericks of independent genre film-making sit down for an intimate discussion about their amazing and diverse bodies of work, their fans, the hundreds of legendary performers and artists whose talents they've nurtured and the future of the industry they've both dedicated their lives to. From SHARKTOPUS, to PUPPETMASTER, to RE-ANIMATOR to DEATH RACE 2000 to GINGERDEAD MAN to HOUSE OF USHER and beyond; this is the ultimate master-class in making strange cinema that matters! Starring Roger Corman & Charles Band...of course!