Love Letters of a Portuguese Nun 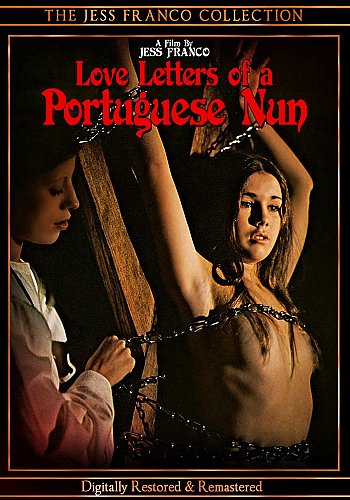 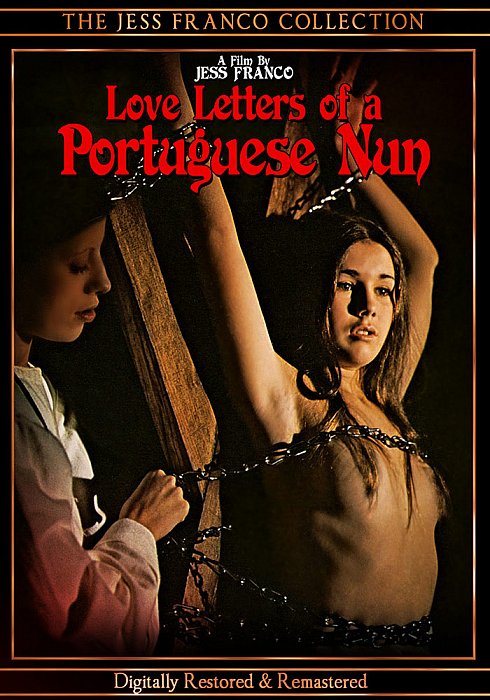 16-year-old Maria is forced into Serra D'Aires convent, secretly run by Satanists. Her confessor is in collusion with the Mother Superior. Maria is tortured, forced into sex with men, women, and the horned Devil, and told that it's all a bad dream. She writes a letter to God, and a Knight rescues her, only to fall into the hands of the Inquisition, put on the rack, and condemned to death like Joan of Arc.

Love Letters of a Portuguese Nun is a 1977 West German-Swiss movie directed by Jesus Franco and loosely based on the Letters of a Portuguese Nun attributed to Mariana Alcoforado. It tells the story of Maria, a girl in Inquisition-era Portugal, whom a priest sees cavorting with a boy. He orders her to become a nun as penance. In the convent Maria gets subjected to all sorts of torture and humiliation at the hands of the priest and the mother superior. The movie is part of a genre known as "nunsploitation".