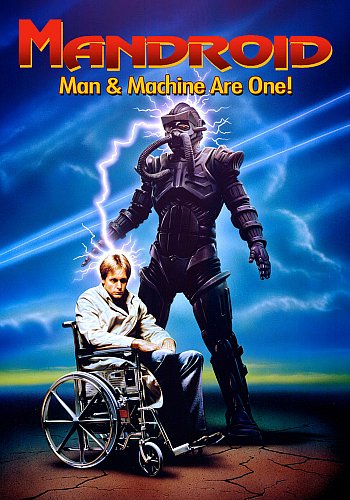 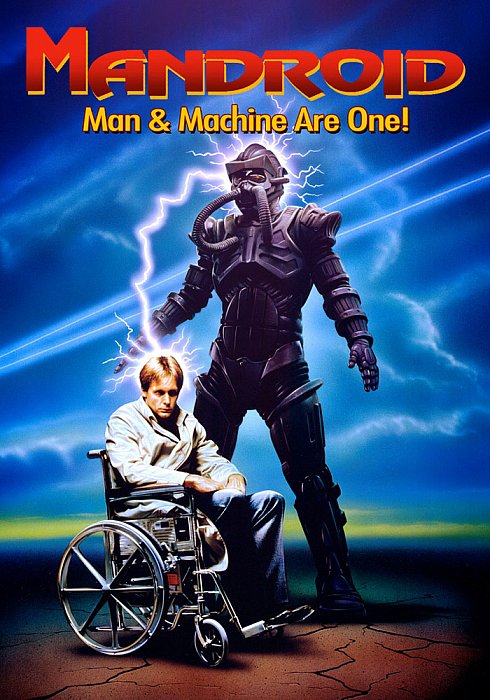 Dr. Karl Zimmer (ROBERT SYMONDS) is a brilliant Romanian scientist who is working on a top secret assignment with his daughter Zanna (JANE CALDWELL). They are developing a crystal-like element called Super-con, that could become the most powerful force on earth. If this element were to fall into the wrong hands it could mean the end of the world as we know it...

Dr. Zimmer's partner is the deviant Dr. Drago (CURT LOWENS), whose only concern is the success of their project. The goal of their work is simple: the Super-con is to be inserted into the processing units of powerful androids that would be directed by human thoughts and actions. The first test subject is the MANDROID unit, which is connected to the human mind through a virtual reality helmet worn by the operator. Meanwhile, Dr. Wade Franklin (BRIAN COUSINS) and C.I.A. agent Joe Pryce (PATRICK ERSGARD) have arrived from the United States to purchase the Super-con Project and bring it back to the U.S. But Zimmer and Drago have opposing views on who should receive their incredible discovery. So, Drago attempts to steal the MANDROID unit and in the process is severely burned by the toxic chemicals used in the experiments. Drago is believed dead and makes his way to an abandoned building where he can plan his next move.

Also wounded during the struggle is Benjamin Knight (MICHAEL DELLAFEMMINA), Zimmer's lab assistant, who is thrown into the freezer unit where the crystals are released. He is completely covered by a frozen mist that immediately begins to alter his body composition. Knight's body begins to fade with time as he gains the powers of invisibility. Drago returns to the lab in his final attempt to steal MANDROID and the secret formula for the Super-con. During the struggle Franklin is believed to be killed when his spine is broken in half. Zimmer is shot and killed, but Drago manages to escape. Zanna returns to her father's lab to continue the research with the help of a new partner who is given new life in the form of the MANDROID, and who must stop Drago before he strikes again...