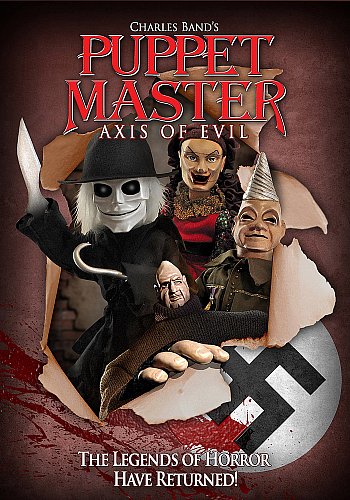 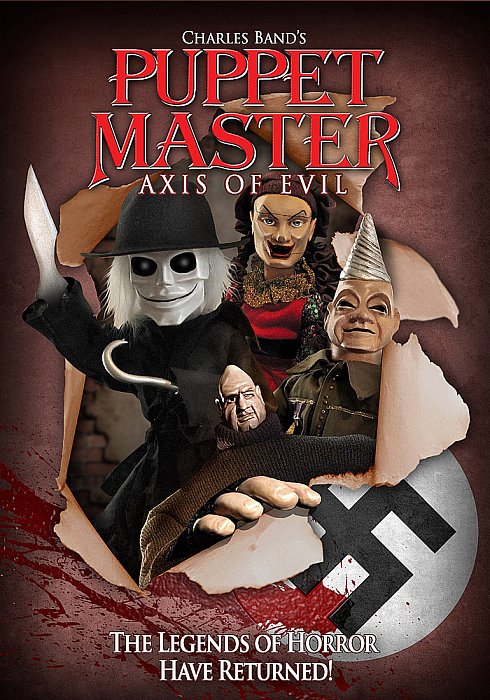 The legends of horror have returned!

In a stateside hotel during the height of World War II, young DANNY COOGAN dreams of joining the war effort. Following the murder of hotel guest Mr. Toulon by Nazi assassins, Danny finds the old man's crate of mysterious PUPPETS and is suddenly thrust into a battle all his own.

He discovers that Nazis MAX and KLAUS, along with beautiful Japanese sabateur OZU, plan to attack a secret American manufacturing plant. After his family is attacked and his girlfriend BETH is kidnapped, it is up to Danny and the living deadly Puppets to stop this AXIS of EVIL...