The Satanic Rites Of Dracula 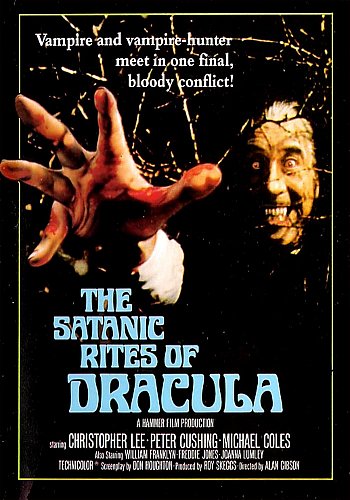 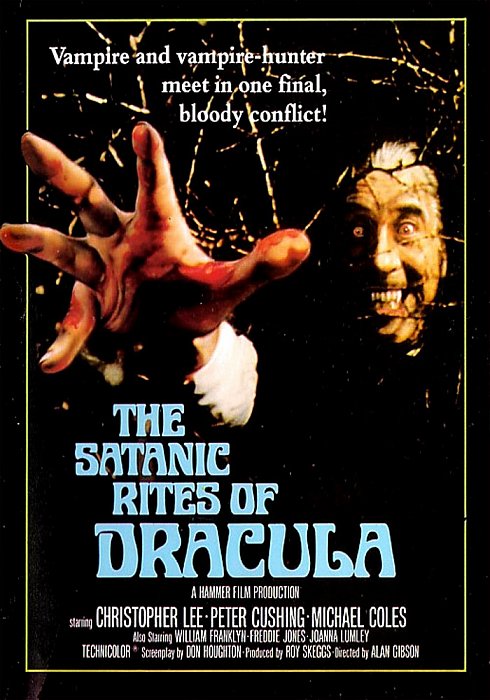 Some of London's leading citizens are involved in a Satanic cult whose rituals center around the worship of blood. And who is the leader of said cult - none other than Count Dracula (Christopher Lee) himself. The cult is working on the development of a mutant strain of the Bubonic Plague virus with the intent of ending all life on Earth. That is, unless the occult expert hired by Scotland Yard (Peter Cushing) can stop them in time.