She Killed In Ecstasy 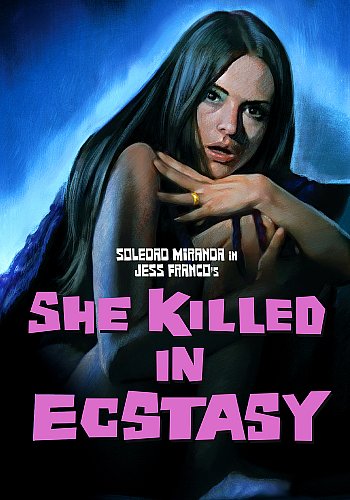 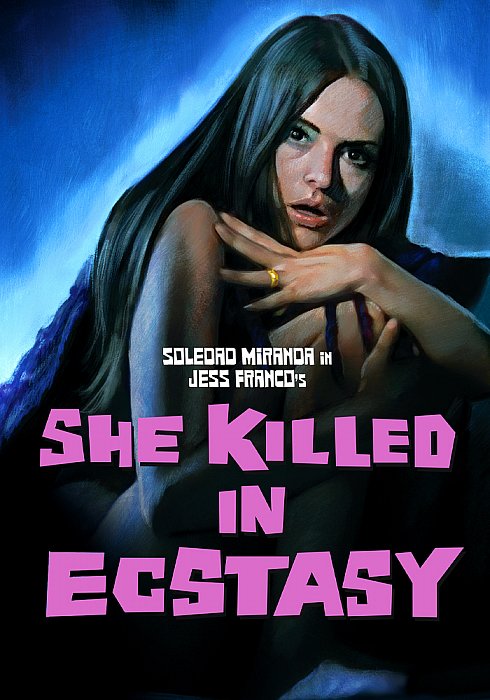 For his follow-up to VAMPYROS LESBOS, writer/director Jess Franco delivered perhaps his most twisted shocker of the ‘70s: In what fans and critics consider to be her greatest role, the luscious Soledad Miranda – in one of her final performances before her tragic death – stars as the vengeful widow who seduces then murders the men and women responsible for her husband’s suicide. Howard Vernon (THE AWFUL DR. ORLOFF), Paul Muller (BARBED WIRE DOLLS), Ewa Strömberg (VAMPYROS LESBOS) and Jess himself co-star in this EuroCult classic – featuring another epic sexadelic lounge score by Manfred Hübler & Siegfried Schwab – now remastered in HD and featuring all-new Extras. It’s Franco at his perversely erotic best, like you’ve never seen or heard it before!

“STUNNING. A SUPERIOR SLICE OF EROTICISM.” The Spinning Image

“TRULY SHOWS WHAT A CREATIVE GENIUS FRANCO COULD BE WHEN HE IS AT THE TOP OF HIS FORM.” Classic-Horror.com

“SOLEDAD MIRANDA HAS NEVER LOOKED BETTER, AND NEITHER HAS THIS FILM.” DVD Talk

“STILL ONE OF FRANCO’S STRONGEST FILMS OF THE ‘70S AND THE MOST INTENSE PERFORMANCE OF SOLEDAD MIRANDA’S CAREER.” Perverse Titillation