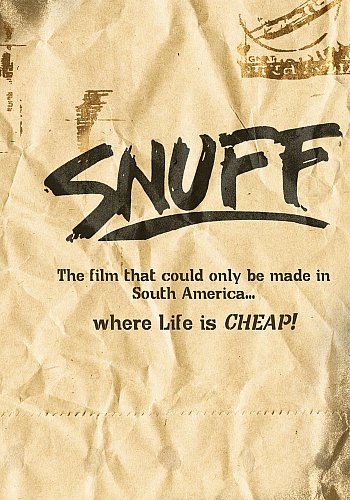 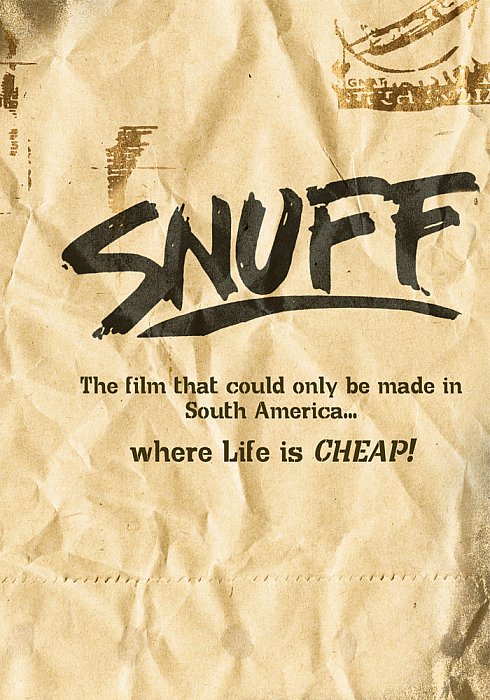 The Film That Could Only Be Made In South America... Where Life Is CHEAP!

Deep in South America, a Manson-like cult leader named Satan cavorts with his bevy of beautiful biker-chick followers while compelling them to kill in his name. When sexy American actress Terry London arrives with producer Max Marsh to shoot a new movie there, the creepy cult targets her and her friends with plans of murder, mayhem and the grisly sacrifice of her unborn baby. Is the final bloody massacre only a movie? Or is it the shocking footage of an actual murder committed before the camera?

Originally lensed as THE SLAUGHTER by notorious filmmakers Michael and Roberta Findlay (SHRIEK OF THE MUTILATED, TAKE ME NAKED), the movie sat on the shelf for five years until enterprising producer/distributor Allan Shackleton devised a controversial new ending and released it as SNUFF. Freshly transferred in High Definition from one of the only remaining prints, now the fascinating true story behind this infamous piece of trash cinema can finally be told... by those who survived!

With one of the MOST CONTROVERSIAL and SHOCKING FILM ENDINGS you will ever see!!