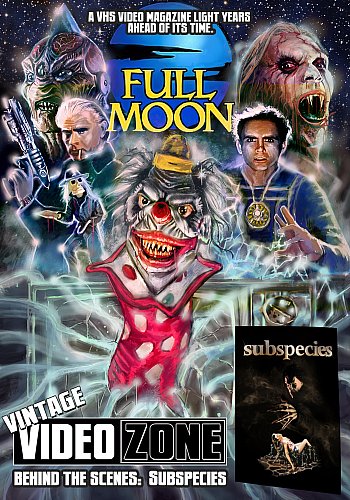 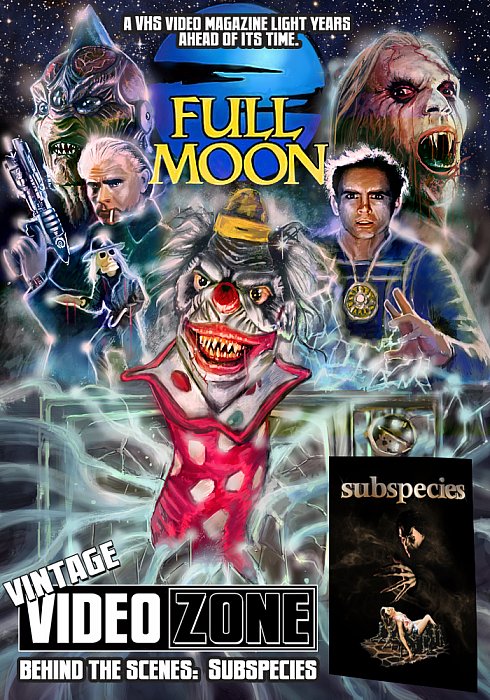 Take a trip to Romania to check in on those wacky vampires in this installment of the classic VHS Series, Videozone.  See the trials and tribulations of delivering a classy picture on a limited budget in this groundbreaking behind-the-scenes event.

Deep within the heart of Romania, a suppressed evil from the past has come back to haunt the present, and three young beauties have stumbled onto its path...

Michelle and Lillian are two American students who have joined their friend Mara in Romania for their studies of the ancient myths and legends of Transylvania. But Myth turns into reality when the women become the object of desire of Radu, an evil vampire obsessed with making them his consorts.

Radu creates an army of hellish creatures of the night-a Subspecies-to help him carry out his plan. What he underestimates are the powers of his brother Stefan, a good vampire who has fallen in love with Michelle and wants to save them all from the wrath of his brother. At the same time, Stefan discovers that Radu has murdered their father, King Vlad, and is trying to take control of the kingdom. Radu wants to break the centuries-old tradition established by the king so that vampires would only feed on animals rather than humans in order to survive.

In the final showdown of good versus evil, Stefan must fight his wicked brother and the new vampires Radu has created, in his effort to save his loves and the lives of all in the kingdom.