The Swamp of the Ravens 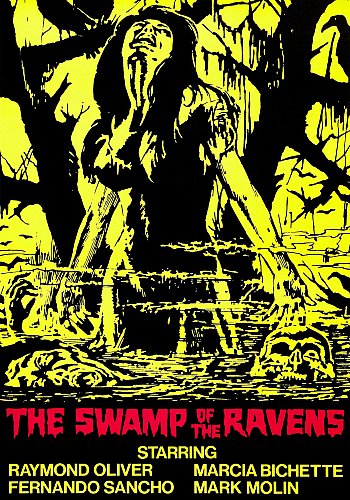 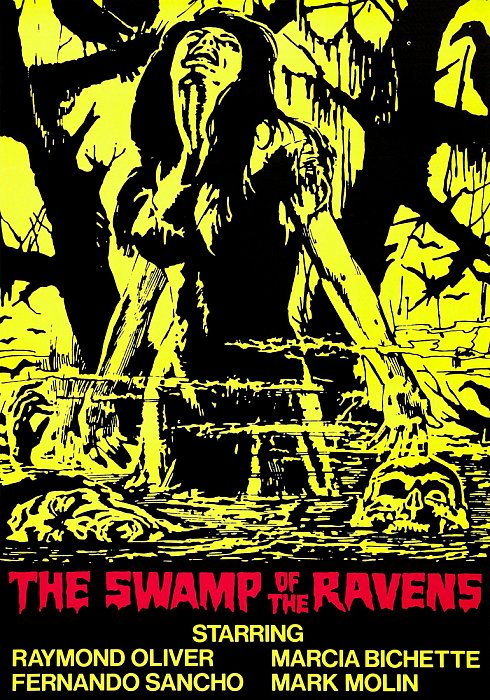 Zombies, necrophilia, and even autopsy footage all bubble to the surface of The Swamp of the Ravens, a sick little horror film so obscure, no one knew it was lost! Though the specifics of where we found a single 35mm Techniscope print suggest that Swamp did, in fact, receive an extremely brief, extremely limited theatrical release in 1974, it's a title that has nevertheless remained one big question mark for almost three decades. Of course, after finally seeing it, one's head spins with question marks, but that's also the peculiar charm of this rather twisted Spanish-U.S. co-production.

'Death does not exist. It's only an evolution. An accident that can be corrected,' says crazy Dr. Frosta (RAYMOND OLIVER), unaware that he's not making a damn bit of sense. After experimenting on corpses in a shack (decorated with pickled fetuses) located in the swamp behind his house, the discarded dead are then dumped into the swamp water by a glazed-eyed, formerly-deceased assistant who is, apparently, Frosta's only 'success.' But in dispensing the remains of a hacked-up leper, a buzzard makes off with the leper's severed right hand which is discovered by kids miles away and delivered to gruff sheriff FERNANDO SANCHO (Return of the Blind Dead): 'First it was a human eye! Then a portion of a human brain! Then an ear! Now this hand!'