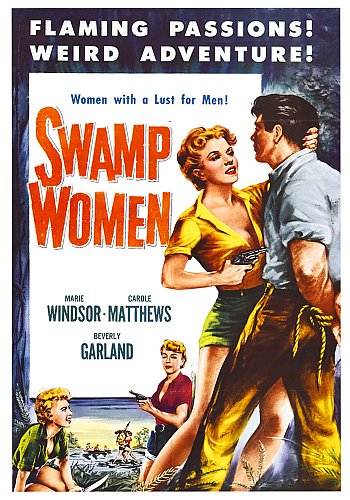 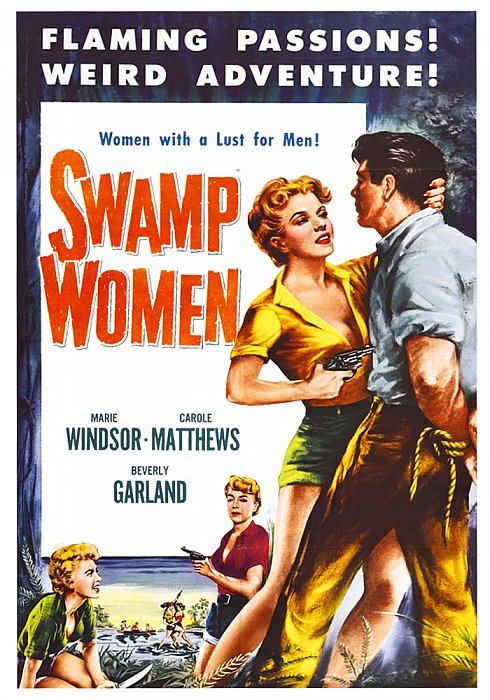 A plucky police woman infiltrates a group of three hardened female criminals who are planning to break jail.  The escape is part of a larger plot to uncover a cache of diamonds hidden deep within the swamps of Louisiana.  However, complications arise when the women decide to abduct an officer and in turn, begin fighting each other.

Swamp Women was one of the first films directed by Roger Corman. This film is sometimes also known as Cruel Swamp or Swamp Diamonds.