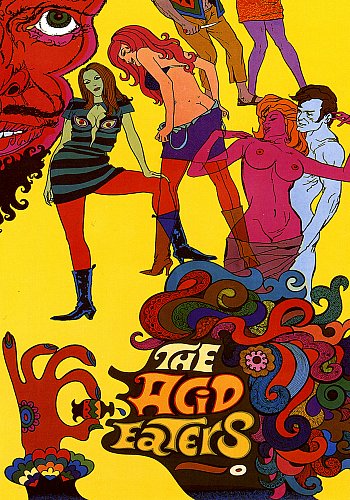 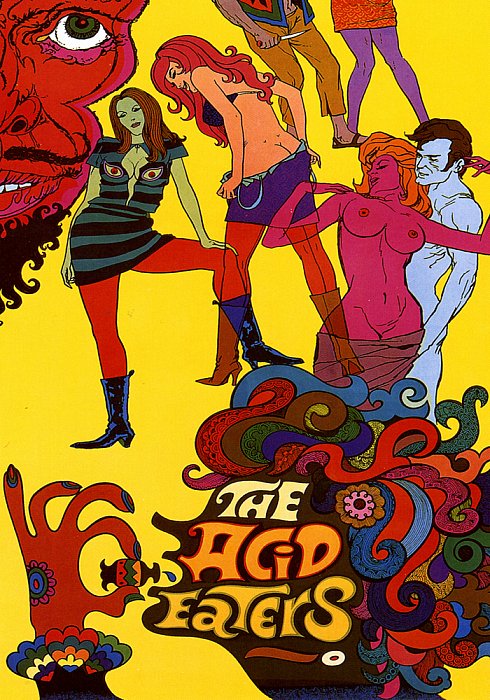 "It’s a 5 o’clock world when the whistle blows..." and blow it does at the beginning of this mind-crushing anti-time capsule of a movie. (What do you say? Let’s wait a hundred years, and then bury it!)

Led by blonde-breastathon PAT BARRINGTON (star of Harry Novak’s Agony of Love) and sawed-off runt comic BUCK KARTALIAN (the future star of Please Don’t Eat My Mother, who also appeared in Cool Hand Luke this same year!), a group of middle class ’paisley-collar’ working stiffs hop on their choppers and head for The Lake -- where there’s nude body-painting leading to a catfight which turns into a knife fight until one girl disappears into quicksand, flipping everyone the bird on her way down.

Down in Hell, a big bearded guy plays checkers with an Indian. Back on Earth, the gang tells Buck to take a cold shower and, luckily, a nearby tree sprouts a faucet.