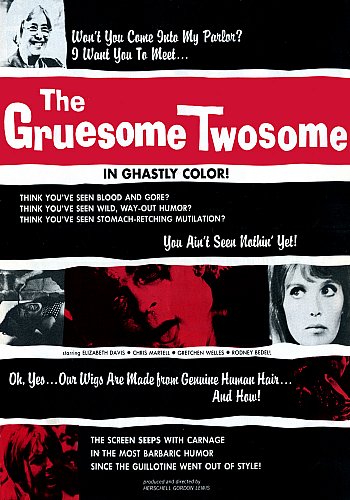 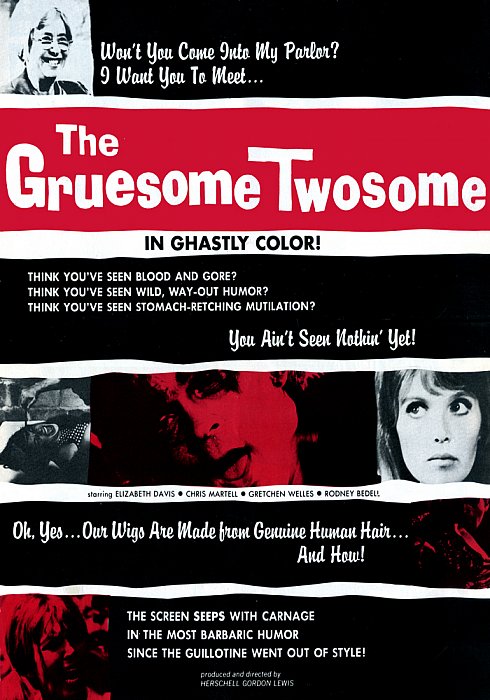 Crazy old Mrs. Pringle (Elizabeth Davis) runs "The Little Wig Shop" where she specializes in wigs made entirely from human hair. Offering to rent rooms to local college girls, Mrs. Pringle scurries the gals into a back room where her psycho son, Rodney (Chris Martell), provides the "wigs" for his mama by gorily scalping the women.

But when a co-ed friend of amateur sleuth Kathy (Gretchen Welles) disappears, Kathy investigates until she comes face to face with Rodney and his new electric carving knife...

A macabre blend of humor and horror, THE GRUESOME TWOSOME is another berserk epic from director Herschell Gordon Lewis (The Gore Gore Girls). It also has one of the strangest openings of any horror film: two styrofoam wig heads with cartoon faces amiably chat about the upcoming plot until one of them abruptly gets stabbed. Wow.