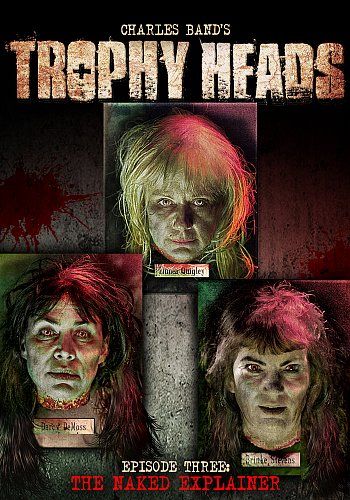 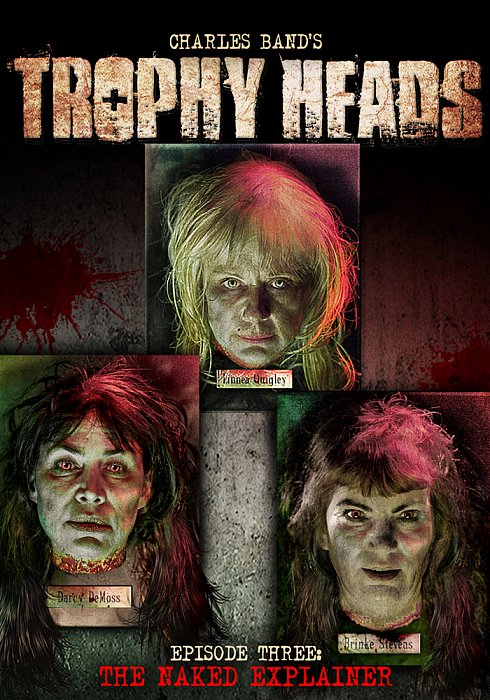 IN THE THIRD EPISODE: THE NAKED EXPLAINER:
The newly-imprisoned Michelle Bauer is quickly brought up to speed by her cellmates Linnea Quigley and the half-naked Julia.  If the girls don't find a way to escape, they'll be forced to play out their final scenes in Max and Mom's twisted home movies.  Things take a turn for the worse when Linnea is grabbed from her cell and coerced into reliving the post-apocalyptic nightmare of the film Creepozoids.  If "Sister Quigley" doesn't play along, Julia will suffer a gruesome death!  Meanwhile, we're introduced to Denice Duff and Jacqueline Lovell.  Both still active in the industry, they find themselves facing a new generation of Scream Queens as they compete against Amy Paffrath, Jessica Morris, Jean Louise O'Sullivan, and Robin Sydney for a role in Re-Animator director Stuart Gordon's new horror film.  After going through the grueling casting process, Denice receives an unexpected message about another audition.  But she's about to learn that this movie is much more horrifying than anyone could imagine..