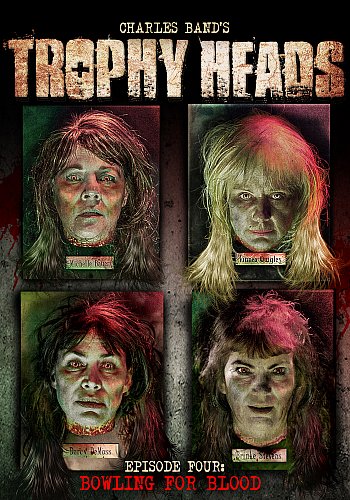 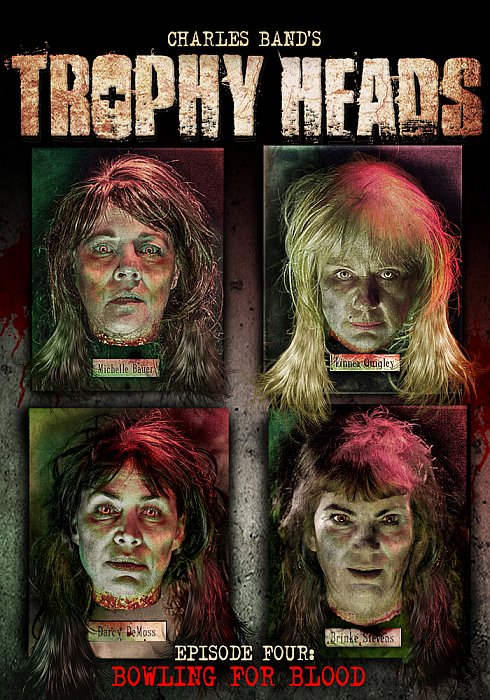 It's the present day, and our heroines, real life Scream Queens who starred in those infamous movies back in the 80’s and 90’s, have gone on with their lives since those days, some still acting or in new businesses of their own. What none of them suspect is that somewhere, down in the basement of an old house, an obsessed fan, Max, sits in the dark, watching clips from those movies over and over, his obsession growing into a diabolical plan.

One by one, with his mother's help, he begins to "collect" them, transporting them to a makeshift prison he's set up in his basement. The Scream Queens have no idea what's going on, until they find themselves forced to re-enact movie scenes from their horror heyday, a nightmarish process since Max remembers every line and gesture and they haven’t watched them in years. And they definitely don’t remember the new and terrible outcome of the scenes...

IN THE FOURTH EPISODE: BOWLING FOR BLOOD:
It's revealed that Denice Duff and Jacqueline Lovell were set up.  Their "audition" was actually a trap orchestrated by none other than Max and Mom. The girls soon find themselves imprisoned and dressed in costumes from their former films.  Michelle Bauer, still locked in her own cell, tries to explain the gravity of the situation, but Denice and Jacqueline might end up killing each other before Max gets the chance!  Michelle is suddenly spirited away and transported back to her cult classic movie Sorority Babes in the Slimeball Bowl-O-Rama.  If the avalanche of bowling balls doesn't do her in, the paddle-wielding Imp monster will!  Meanwhile, Denice and Jacqueline have come to a temporary truce and begin working together to find a way out of the dungeon.  But are they just escaping into even more trouble?