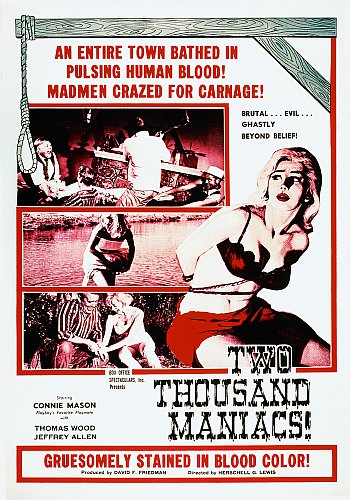 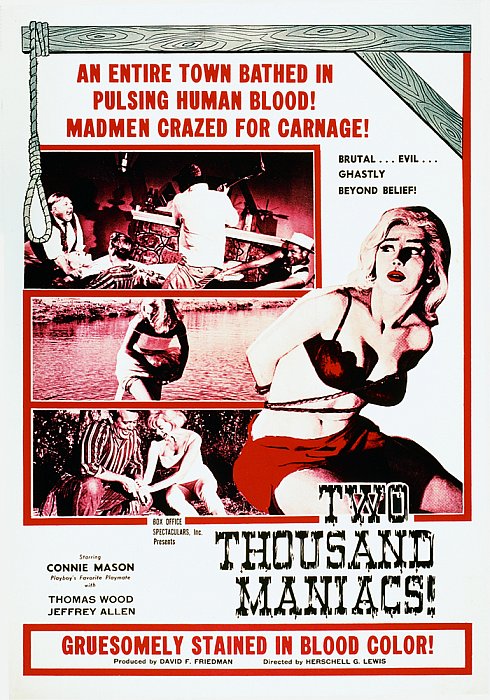 The TWO THOUSAND MANIACS of a small town celebrate the 100th anniversary of the Civil War by forcing a handful of Northerners to serve as "guests" for a variety of macabre, blood-crazed fun and games.

The festivities include a screaming man placed in a rolling barrel lined with nails, a hit-the-bull’s-eye carnival game with a pretty gal and a boulder, and a blonde sexpot whose arm is hacked off and barbecued! But before they can slaughter the only smart Yank (Thomas Wood), he and the lovely Terry Adams (Connie Mason, "Playboy’s Favorite Playmate") try to escape...

A remake was filmed starring ROBERT ENGLUND (Nightmare on Elm Street) in 2005.