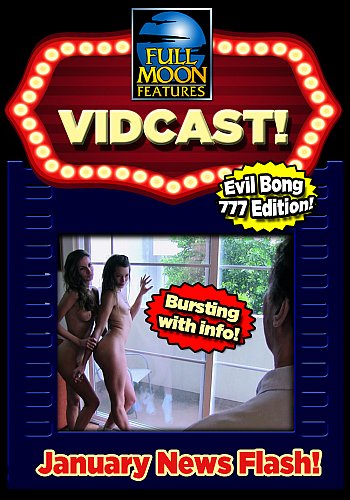 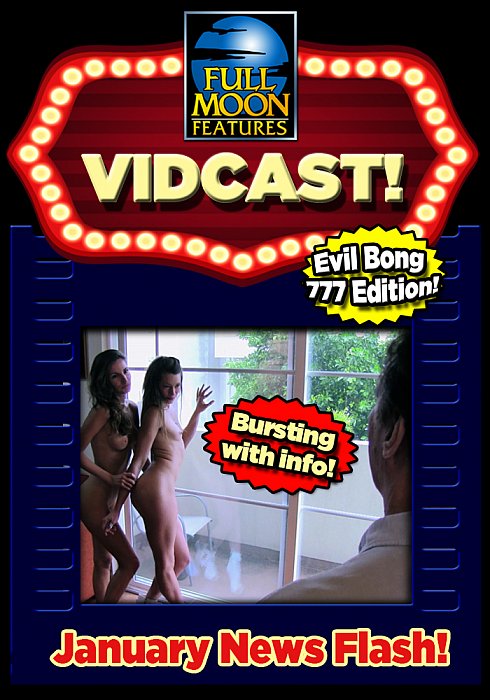 First up, we've JUST launched the official INDEIGOGO CAMPAIGN supporting our latest production, the Las Vegas set and shot EVIL BONG 777! Charlie spills the smoke on what the movie is all about and how YOU can be part of this, the sauciest, sexiest and strangest EVIL BONG movie yet!

Next we tease the creepy cornucopia of amazing movies we've licensed for our FullMoonStreaming and Amazon channels,  classic European films culled from the legendary SEVERIN FILMS library, stuff like Jess Franco's VAMPIROS LESBOS and the berserk French gut-muncher CANNIBAL TERROR! We've also grabbed a new batch of obscure and amazing exploitation gems from Swiss producer Erwin C. Dietrich' s vaults, stuff like the INSANE biker MESSterpiece THE MAD FOXES and the Lina Romay sex flick ROLLS ROYCE BABY and many more! These kinky flicks will be filtered out via our channels and eventually in feature-packed, digitally remastered DVD special editions! Stay Tuned!

But this is only scratching the surface as to the wild stuff we have in store for you this year from Full Moon, your one-stop shop for the strangest cinema on the planet!

Now...put the kids to bed, blindfold the dog and WATCH THE VIDCAST!