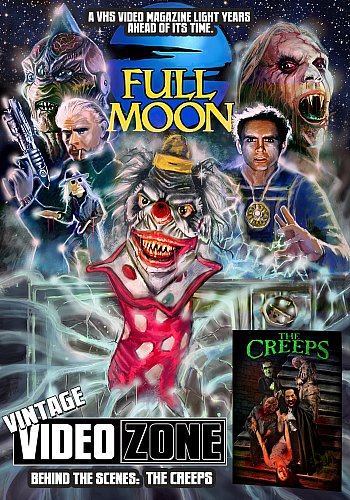 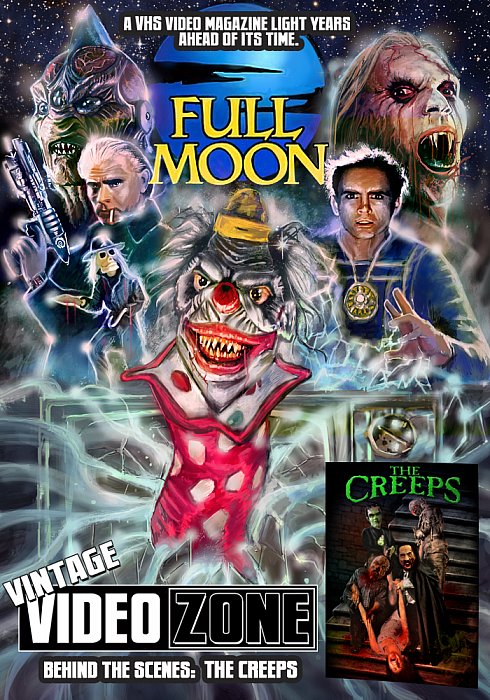 Get a look at the making of THE CREEPS, with cast and crew interviews and behind-the-scenes footage!

Dracula. Frankenstein. The Werewolf. The Mummy. In an experiment of the maddest kind of science, these four classic monsters of film and literature are brought back to life…but something goes wrong. Though they look and act exactly as they you’d think they’d look, the creepy quartet emerge as half their normal size. Now, they're three feet tall…and not happy at all.

From Full Moon founder, producer and director Charles Band, comes 1997’s THE CREEPS (aka DEFORMED MONSTERS), one of the studios most beloved and requested titles. Originally filmed and exhibited in 3D, this new Blu-ray is culled from the original negative and presented in a stunning anamorphic, 2D HD 1080p transfer, all the better to appreciate Adolfo (Stuart Gordon’s PIT AND THE PENDULUM) Bartoli’s rich 35mm cinematography and Gabe (FROM BEYOND, BASKET CASE 2) Bartalos’ amazing practical make-up FX.