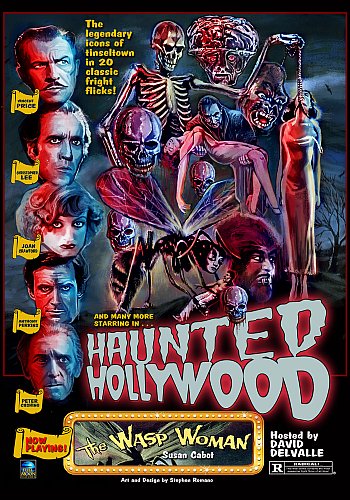 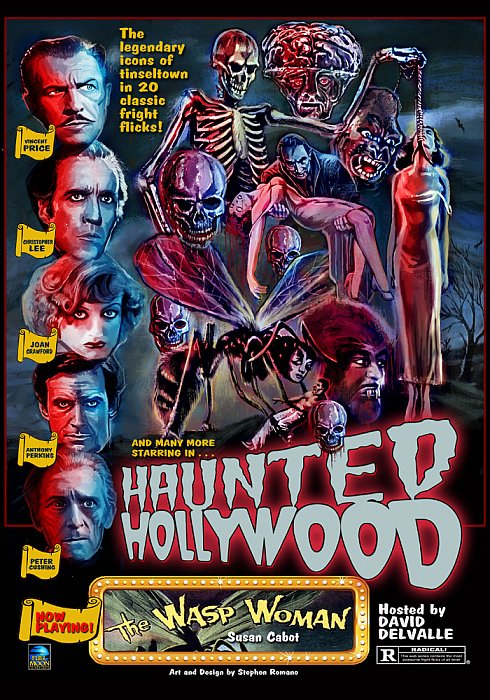 One of the strangest tales ever to come from beneath the Hollywood sign has to be the tragic demise of Glamour girl Susan Cabot who appeared with stars like Charles Bronson and Lee Marvin yet ended up the victim of her own son.  Susan Cabot who will always be remembered by Horror fans as the star of Roger Corman's The Wasp Woman made in 1959.  Susan plays a woman who runs a cosmetic company and through a mad scientist creates a youth serum that has some side effects namely she turns into a half Wasp woman who drinks human blood.

Susan Cabot's fame was short lived until one night in 1986 her 22 yr old son, a victim of Dwarfism bludgeoned his mother to death with a barbell...he later told police a tall Latino man dressed as a Japanese Ninja Warrior broke into their secluded hilltop  home and knocked him out then then proceeded to murder his mother in her own badroom.    Timothy Cabot was found to be not guilty due to insanity from taking drugs as a child to make him grow normally making his tale is equally as  macabre a story as ever heard in this Lost Horizon know as Hollywood...

Host David Del Valle grew up on a steady diet of Roger Corman cult movies, so the twisted tale like the one about the Wasp Woman is just one more reason these wickedly entertaining films stay with David even in his nightmares....his introduction to these wild and fierce goings on around the hills of Hollywood only stir even more memories about the stars and the universe they shine in....