Werewolf In A Girls' Dormitory 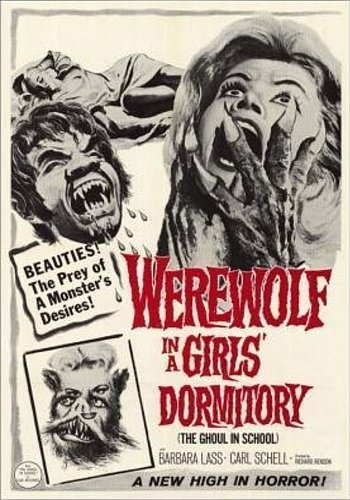 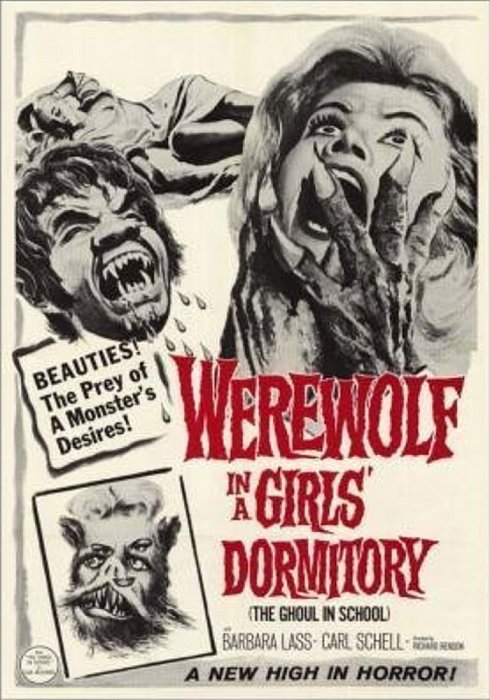 Wolves have been seen roaming around a girls' reformatory, and when the girls begin to get murdered, suspicion focuses on both the wolves and on a newly hired science teacher who might be a werewolf.

A walk through the woods turns into a night of terror when Mary is grabbed by a pair of powerful hairy claws. A monstrous man-beast tears at her throat in a bloodbath of screaming terror! The discovery of her mutilated body sends shock waves through the nearby girl's reformatory. Recently joing the staff of the school is Julian Olcott, a professor with a medical background and a questionable past.

There are many other suspicious characters to be found, including Mr. Swift, who runs the academy; his associate, Lenore; and Walter, the sinister caretaker. The girls are distraught over Mary's violent death and one student, Priscilla, is determined to solve the ghastly mystery. She believes that Mary was involved in some kind of blackmail plot and that her death was an act of murder. Meanwhile, the townspeople have begun setting traps for the wolves they believe are responsible for the killing. One night Priscilla is assaulted by the same frightening monster that killed Mary. She narrowly escapes death and flees for safety into the arms of the very person who may well be the vicious campus killer!