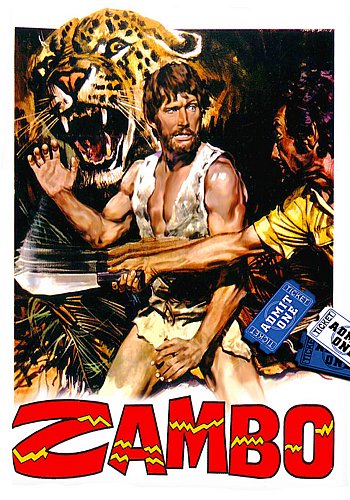 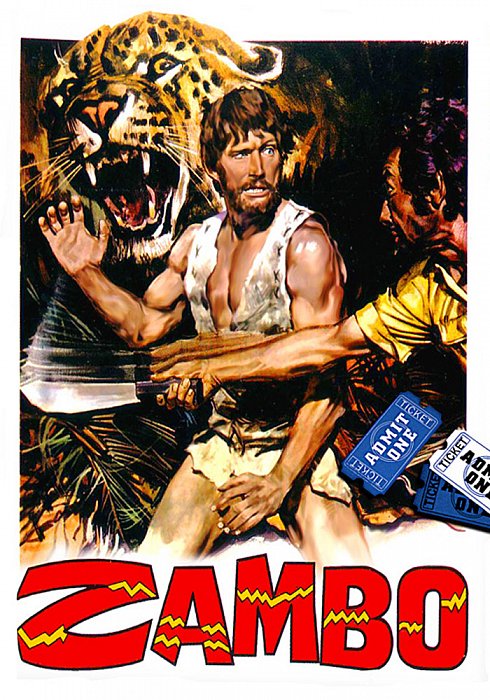 ZAMBO is king of the jungle!

Deep in the jungles of central Africa, a lone figure moves swiftly through the trees.  Often heard, sometimes seen, but never forgotten, the legend of ZAMBO is about to become real!

In another life he was framed for a murder he didn't commit and left to rot in a filthy African prison, only to deftly escape into the wilderness.  Friend to both man and animal, Zambo selflessly protects the African people from the oppressive forces of the outside world.

As the legend of Zambo becomes too big to ignore, an expedition led by explorers Professor Woodworth, Perkins, and Juanez presents Zambo with his greatest fear: discovery.  With only his strength, wits, and the help of the jungle itself, Zambo is in for the fight of his life!